Raheem Sterling has a unique running style, and Chelsea fans pointed that out at Stamford Bridge. 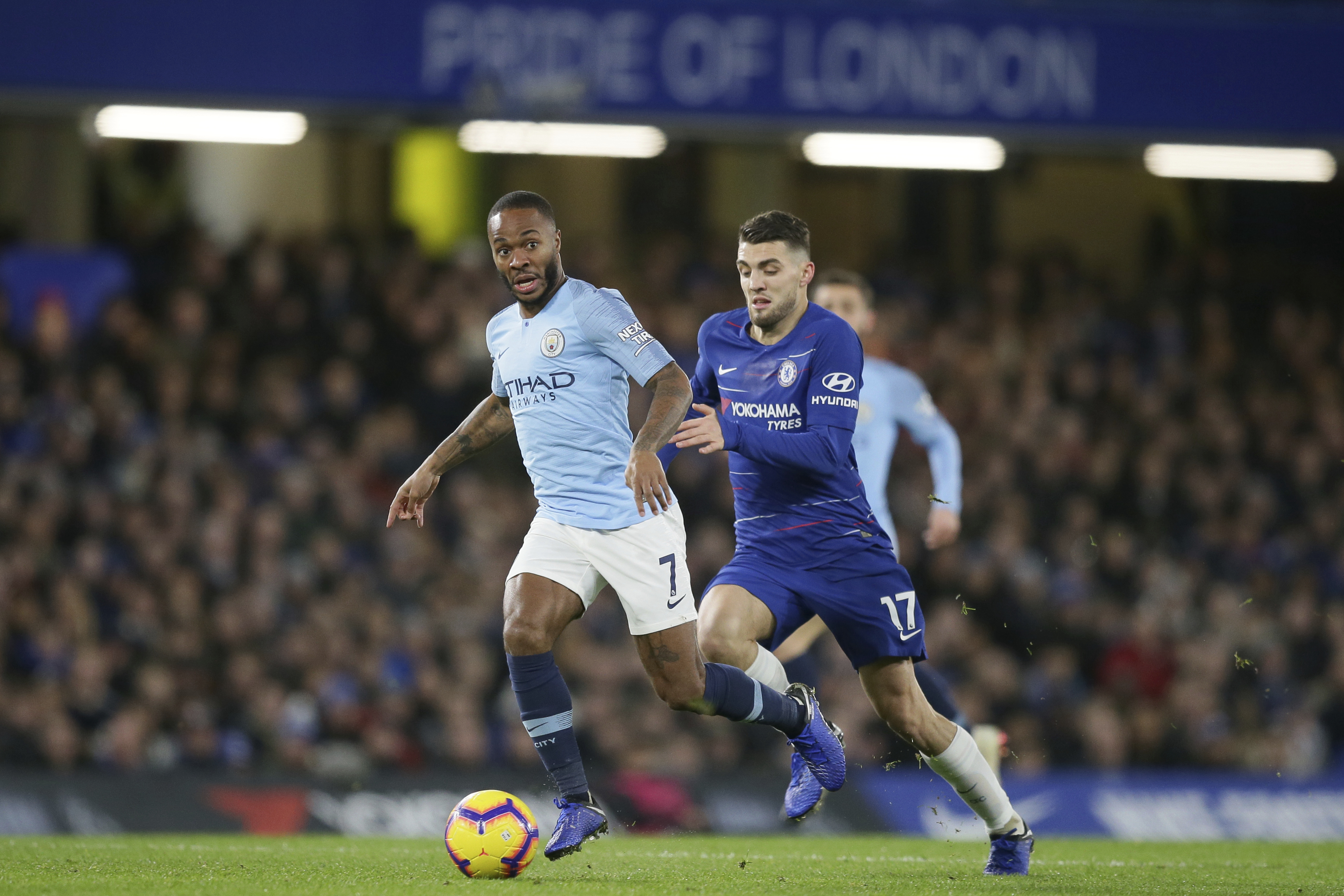 The Spaniard opted for a false No.9 in Sterling who attempted plenty of dribbles at Chelsea’s back four.

And his running style was questioned by groups of Chelsea supporters who chanted: “Raheem Sterling, he runs like a girl.”

Chelsea fans singing:
“Raheem Sterling, he runs like a girl”

When you literally have zero ammunition on a player so you resort to Year 6 type insults :joy: pic.twitter.com/HUQ5LMJ10Y

“Raheem Sterling, he runs like a girl” is not one of Stamford Bridge’s finest choral moments.

Chelsea fans: “Raheem Sterling, he runs like a girl.”

A girl that’s running rings around their defenders.

The Belgium ace did his best Sterling impression, and, to be fair, it’s pretty spot on.

The England winger even addressed his running style.

“My mum went to my little brother’s sports day. She sent me a clip of her running 0 and I thought, ‘OK, that’s where I get it from’,” he said.

“I’d never seen her run before. So it’s my mum – don’t laugh! Before my mum had my sister she was in the Jamaican athletics team.

“I don’t think my running style is something I would like to pass on though – I will just take all of everyone else’s laughter on myself.”

Whilst he may have a different technique, it’s certainly working as Sterling has produced heroics this season bagging an impressive eight goals thus far.