John Arne Riise has given his side of the insane encounter with Bellamy while on a retreat in Portugal which included that infamous moment with a golf club, via an extract from his new auto-biography.

During the 2006/07 season, Liverpool faced Barcelona for a spot in the Champions League last eight.

Ahead of the tie, Rafael Benitez flew his players to the Algarve. The plan was five days of light and warm-weather training prior to tackling the Spanish giants.

But it turned nasty pretty quickly.

The Liverpool squad went for a team dinner without management. Club captain Steven Gerrard booked a room which included karaoke.

Riise, who was rooming with Daniel Agger, exited the shindig early and left his room unlocked for the Dane.

A person enters his room and to Riise’s surprise, it’s not Agger but Bellamy who’s clutching a golf club, accompanied with Steven Finnan who watched on from the entrance.

Riise details what Bellamy did and it’s crazy: “Bellamy raised the club over his head and swung as hard as he could. He tried to hit my shins, which would have ended my career, but I managed to pull my leg away in time.”

The Welshman shouted: “Nobody disrespects me like that in front of the lads!”

“I don’t care if I go to jail! My kids have enough money for school and everything. I don’t care. I’ll f**king do you,” he angrily added.

Bellamy did, though, strike Riise in the thigh: “Put down the club and let’s fight with our fists. Come on! A proper fight,” Riise said. “Tomorrow at nine o’clock we’ll meet and finish this.”

The morning after, Riise showed up to Bellamy’s room, knocked on his door yet no answer.

He then went to breakfast with Agger. Bellamy eventually arrived, not saying a word and avoiding eye contact with Riise. 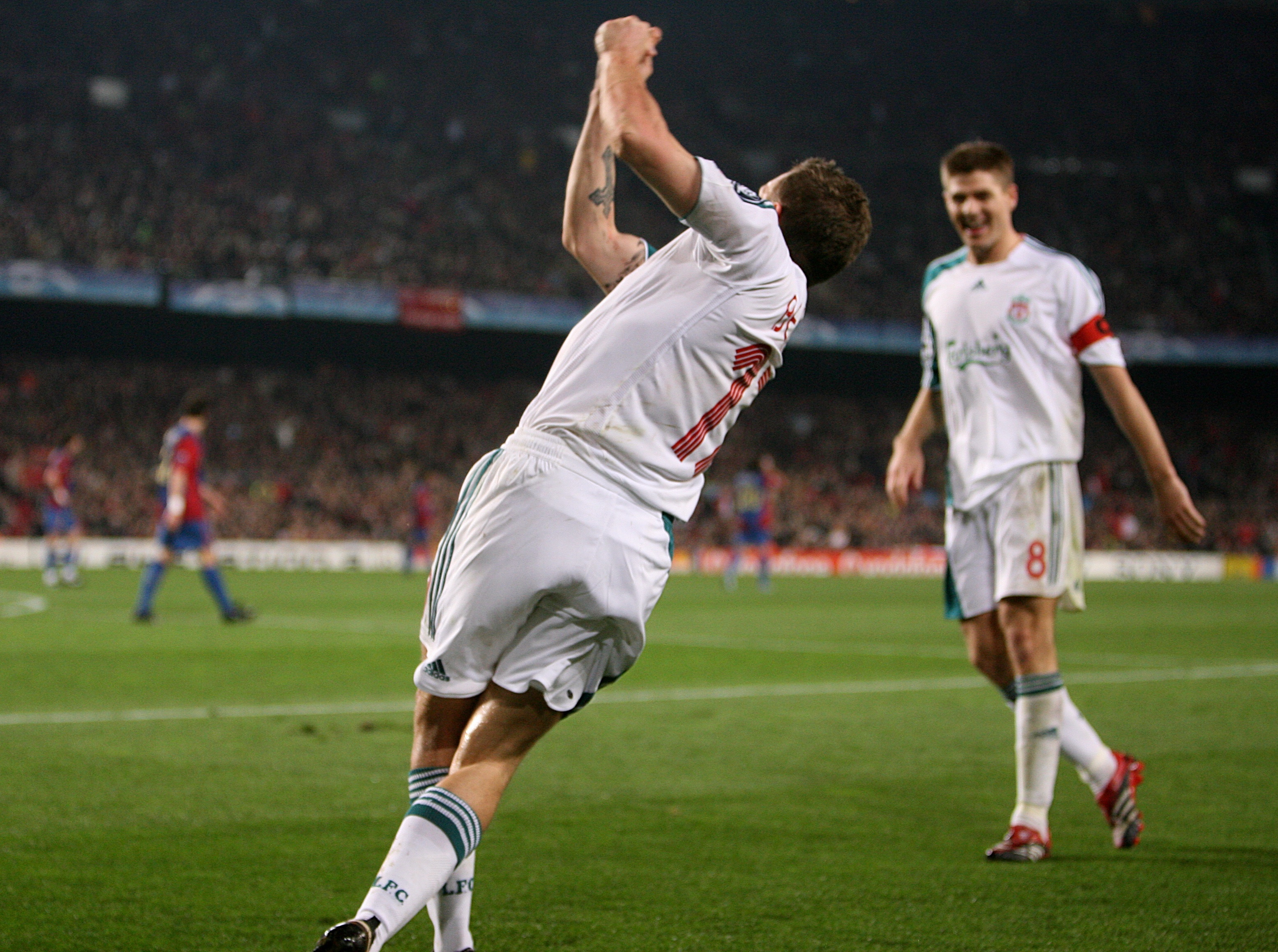 Then, the actual game between Barcelona vs. Liverpool.

The visitors went behind after Deco’s header. Bellamy then scored and celebrated in outrageous fashion. Riise bagged his sides second goal to secure a victory in Spain.

Liverpool lost the second-leg 1-0 but went through on away goals, eventually reaching the final where they lost to AC Milan.

Riise also revealed what Gerrard said to him “If I’d been in your shoes, I don’t think I would have managed.”