Vinicius Junior is a wanted man, even by one of the greatest strikers of all time, but Real Madrid don’t want to send him on loan. Instead the Brazilian youngster will stay and play.

In the summer Cristiano Ronaldo decided that after nine years of being linked with a move from Real Madrid back to Manchester United that he would indeed move, only he picked Juventus as his new team.

Ronaldo may have been at the Bernabeu but in that time he’d managed to become the club’s all time leading scorer, bagging on average 50 goals a season- difficult to replace.

Real brought in Vinicius Junior in the summer as part of the plan to eventually replace the Juventus forward but the Brazilian is only 18 so is hardly a ready made replacement.

So far this season the former Flamengo player has only played in nine games for Real Madrid’s first team, scoring five goals in the process.

It had been rumoured that Vinicius might move away from the Champions League holders on a loan deal in January and Ronaldo Luis Nazario de Lima owned Real Valladolid were interested.

According to Marca though Vinicius Junior will remain at the Bernabeu this season. He will be used in Copa del Rey matches, as well as others, and continue his football education. 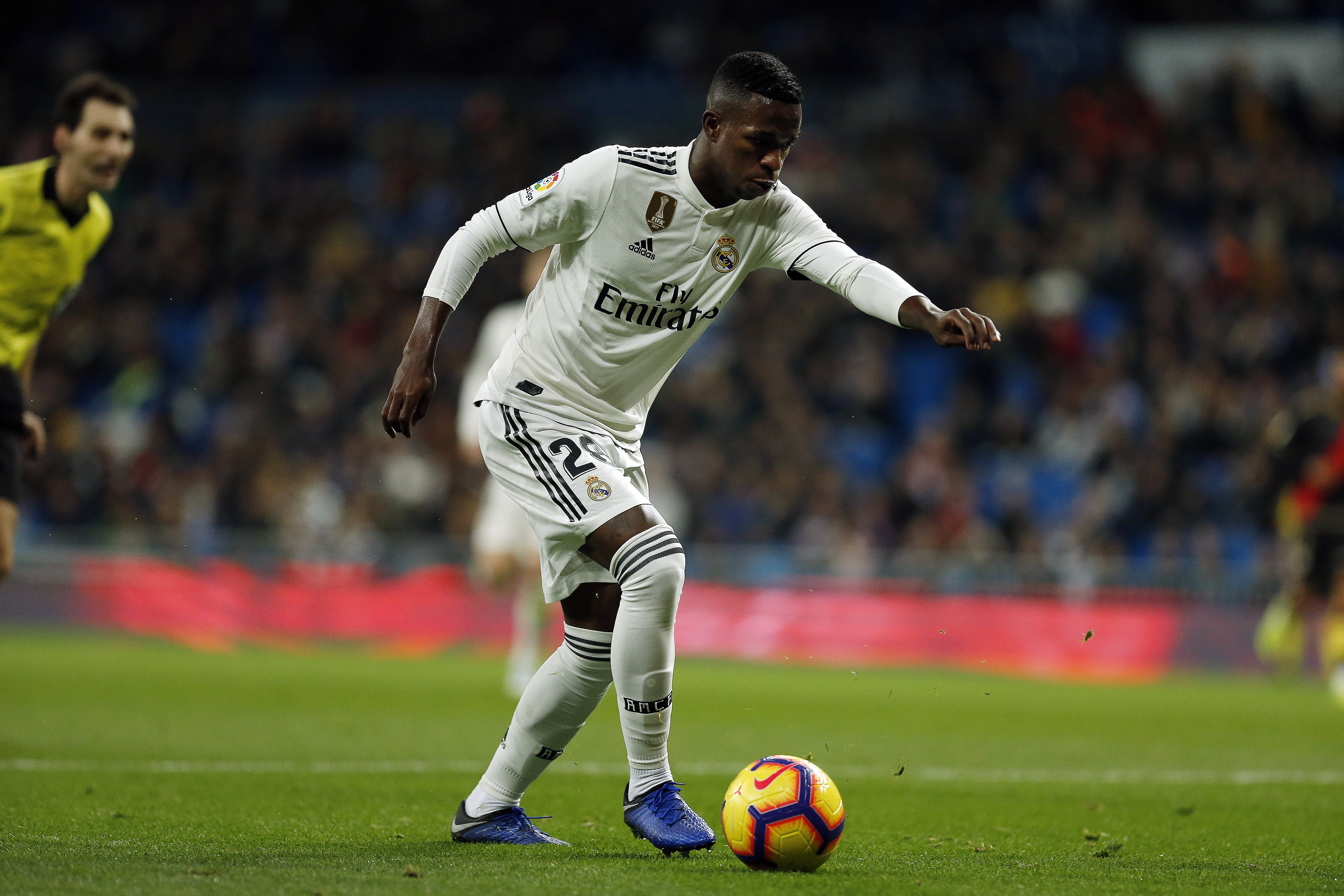 There was a chance that he would be missing during the South American U-20 Championship, which take place in Chile from January 17th – February 10th but the teenager hasn’t been included in the squad.

Rodrygo Goes, who will join Real from Santos in the summer, is included in the squad for the tournament.

Vinicius played in the Champions League when he was in the starting XI for the Matchday Six game against CSKA Moscow.

Valladolid wouldn’t have been the only ones interested in the forward but the chance to have worked alongside a Brazilian legend might have swayed his decision had he been allowed to move.

Whether or not Vicinius can follow in the footsteps of the two Ronaldos in Madrid remains to be seen.