In a scene reminiscent of the Sir Alex Ferguson era, a fearless Marcus Rashford, running like a man possessed, ended a truly magnificent individual run with an inch-perfect assist for teammate Paul Pogba.

Rashford, who has now set a personal best for number of assists in a single Premier League campaign, knocked the ball past Nathan Ake on the touchline, sending him to the shops.

Seconds later, he dumfounded Diego Rico with a flip-flap Ronaldinho would be proud of. 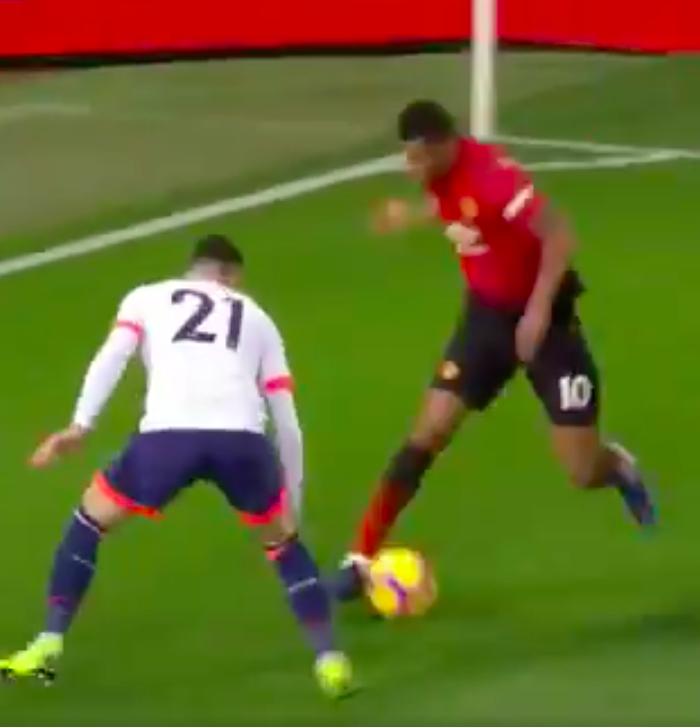 To end the mazy run, he somehow found Paul Pogba in the box with a cutting pass. Who knew the England international had such vision?

Now this is what you call a classy goal.

If United manage to secure all three points in this tie against Bournemouth, then Ole Gunnar Solskjaer will have won his opening three games as caretaker manager, something that has delighted Manchester United fans worldwide.

So what is the secret behind his success thus far?

Solskjaer arrived in Manchester last week with a clear mindset. He wanted his team to play without fear. He wanted his players to go out and express themselves while taking plenty of risks.

Basically in his own words, Ole Gunnar Solksjaer asked his players “to be the kids that love to play football.”

He’s managed to get the best out of a number of players, including a certain Paul Pogba. who was previously criticised for his attitude and application under Jose Mourinho.

The midfielder looks to have been revitalised under his management, and has bagged four goals in three fixtures under Solskjaer.

The 25-year-old didn’t just score two goals against Huddersfield, but he led his team from front to back. He controlled play and looked sharp – not to mention his inspirational team talk before kick-off.

Solskjaer is obviously a big fan of the French midfielder, but what has he done to get the best of Pogba and his team?

17′ – There seems to be a real understanding between #mufc‘s front four. Rashford, Martial, Lingard and Pogba continuously linking up telepathically #mulive

It’s clear that the players are playing with more freedom and that’s partly down to the players being happy.

Solskjaer has made sure that he addresses his players in a certain way in the dressing room.

According to report in The Telegraph, the United manager has made a point to talk to as many individual players as possible to “inject some positivity.”