Latest News
Home /Englands Penalty Shoot-Out Win vs. Colombia Is A Favourite For Moment Of The Year

So, England actually beat a team in a penalty shoot-out and to the surprise of absolutely no-one, this precious moment is currently the strong favourite for ‘moment of the year’.

The sports Personality Of The Year awards take place on Sunday night at the Birmingham Genting Arena, but can Gareth Southgate’s men claim a prize at the prestigious event?

According to Ladbrokes, England’s penalty shoot-out win against Colombia is at 8/11, while Tyson Fury’s comeback vs Deontay Wilder is 5/2.

Tiger Woods Tour Championship win at 25/1 is currently the outsider, but who should win?

Odds on BBC Sporting moment of the year…

Take yourself back to the heat of summer, beer in hand, as Gareth Southgate celebrated reaching the quarter-finals in front of the adoring support, waistcoat firmly placed on his chest of Three Lions.

But as you’ll know, the game wasn’t smooth sailing by any measure.

England controlled the game for the most part and were awarded a penalty after Harry Kane was manhandled inside the box.

But the referee’s decision to give the spot-kick didn’t go down too well with the Colombian team. They got up in the referees face, scuffed up the penalty spot, and generally displayed the worst kind of shit-housery around.

Even still, Eric Dier’s penalty knocked them out the cup. Colombia were sent packing, but – as England supporters know too well – the taste of defeat in penalties in a World Cup knockout game is pretty unbearable.

This is what makes what Gareth Southgate did all the more classier. 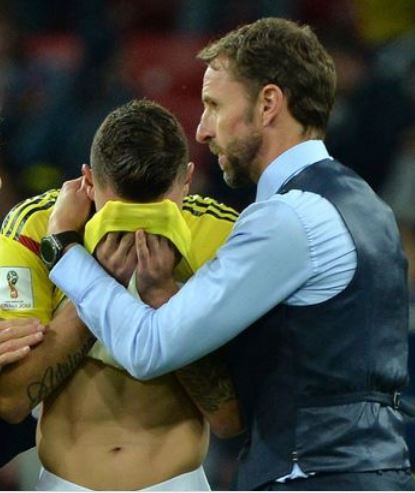 When the side were knocked out last night, he was pictured putting an arm round the players and consoling some of the Colombia side.

This is what football is all about, folks.