An emotional Cesc Fàbregas broke down in tears after he was substituted off the pitch in what could be his final Chelsea match.

The 31-year-old former Arsenal and Barcelona star handed the captain’s armband to David Luiz, with fans at Stamford Bridge applauding him for his contribution to the club.

Check it out below.

The 31-year-old Spaniard had been linked with a move to Monaco this month, with reports suggesting that a deal could be completed next week.

Ahead of Chelsea’s
2-0 victory over Nottingham Forest in the FA Cup, Blues boss Maurizio Sarri
revealed that he wanted Fàbregas to stay at the club.

“In this position we have only two players, Jorginho and Fàbregas, so for me it would be really a problem without Cesc,” he said (via Sky sports). 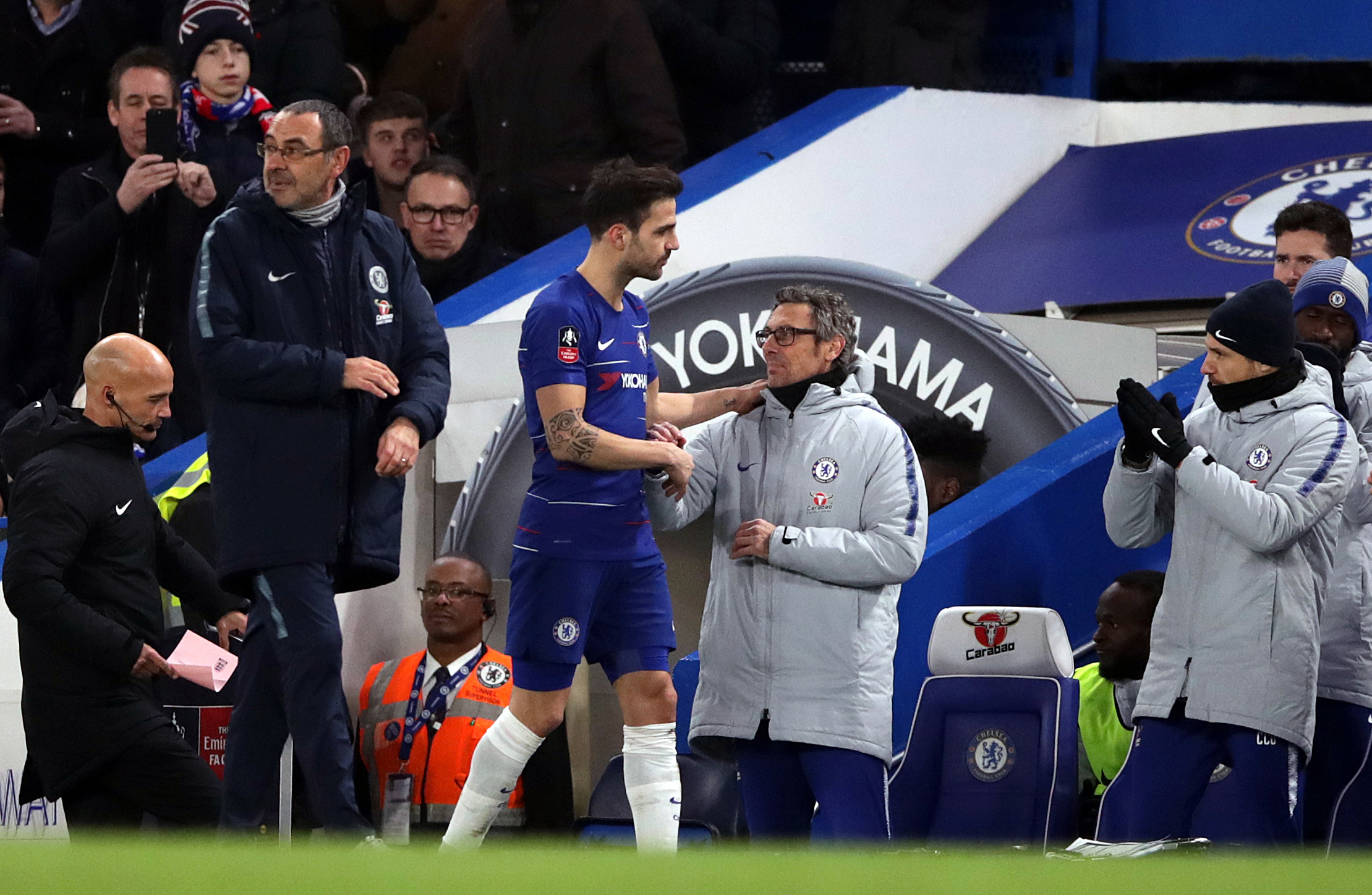 “I want him to stay, I don’t know the final decision of Cesc and the club, of course.

“But for me it’s very important and if Cesc will go I think that we need to buy another player, and it’s not easy because, technically, Cesc is a very important player.

“And I think that in the market it’s very difficult to find a player with his characteristics.”

Emotional scenes at Stamford Bridge as @cesc4official walks off the field in tears in what is clearly his last game in English football. He’s been a credit to our game. Wonderful footballer and a top bloke. Wish him well. :clap::clap:

He has more goals than Gareth Bale, Christian Eriksen and Ian Rush.

He has more appearances than Gary Cahill, David Seaman and Robbie Keane.

He’s recorded more assists than any other player except for Ryan Giggs.

Cesc Fabregas leaves the PL as the only player in history to have scored 50+ goals, recorded 100+ assists, and lobbed a slice of pepperoni pizza at Sir Alex Ferguson.

500 games in English football, the best and most competitive football in the world, what a ride it has been! A proper dream come true to reach these numbers. Another proud moment in my career. I will see you all at the Bridge on Saturday. @arsenal @chelseafc #cesc500 pic.twitter.com/LN2DSb9CIC

Should Chelsea have signed Fàbregas to a new deal?