Tyson Fury’s ability to rise seemingly from the dead in the 12th round of his world title fight against Deontay Wilder amazed pretty much everyone. Anthony Joshua might be the only person not to be left baffled.

It seemed almost impossible. After 11 rounds of proving everyone wrong Tyson Fury surprised everyone once again. No one had given the Gypsy King a chance going to his fight with Deontay Wilder but by the final round most people had him ahead.

Wilder, then, needed a knockout in the last three minutes of the fight and not long into the 12th he seemed to have it. A right hand felled the unbeaten lineal heavyweight champion and, unlike in the ninth round, there seemed no way back for Fury.

The British boxer looked out cold and took till the count of nine until he managed to get to his feet. Not only did he do that but he was okay to carry on and miraculously was the stronger man for the rest of the round.

To most it was a feat beyond comprehension, like the Undertaker rising in WWE after being on the end of a severe beating, but Anthony Joshua was less impressed.

Talking to iFL TV AJ explained why Fury was able to get up, saying:

“I just think he was tired. Wilder didn’t hit him flush, like a highlight-reel knockout.

“Fury from three years out… you know when your body just isn’t the same as it was, so that fight would have made his body stronger and so on.

“I think he was just tired, needed that five seconds to gather himself and then he got up.”

The interviewer then asked if the 2012 Olympic champion felt his fellow Brit was out cold but AJ refuted the claim, adding, “No. Tired. His body gave up but his spirit didn’t.

“When you’re out cold, your spirit’s not intact, your body’s not intact, I think he went down tired, five seconds and then his spirit went ‘I’m still here’ – got up and continued to fight.

“That’s my opinion on it because when you get hit flush, your spirit and body disconnects – you’re not with it. But his spirit was still within him, it rose him up and he realised ‘hang on, I’m still fighting’.” 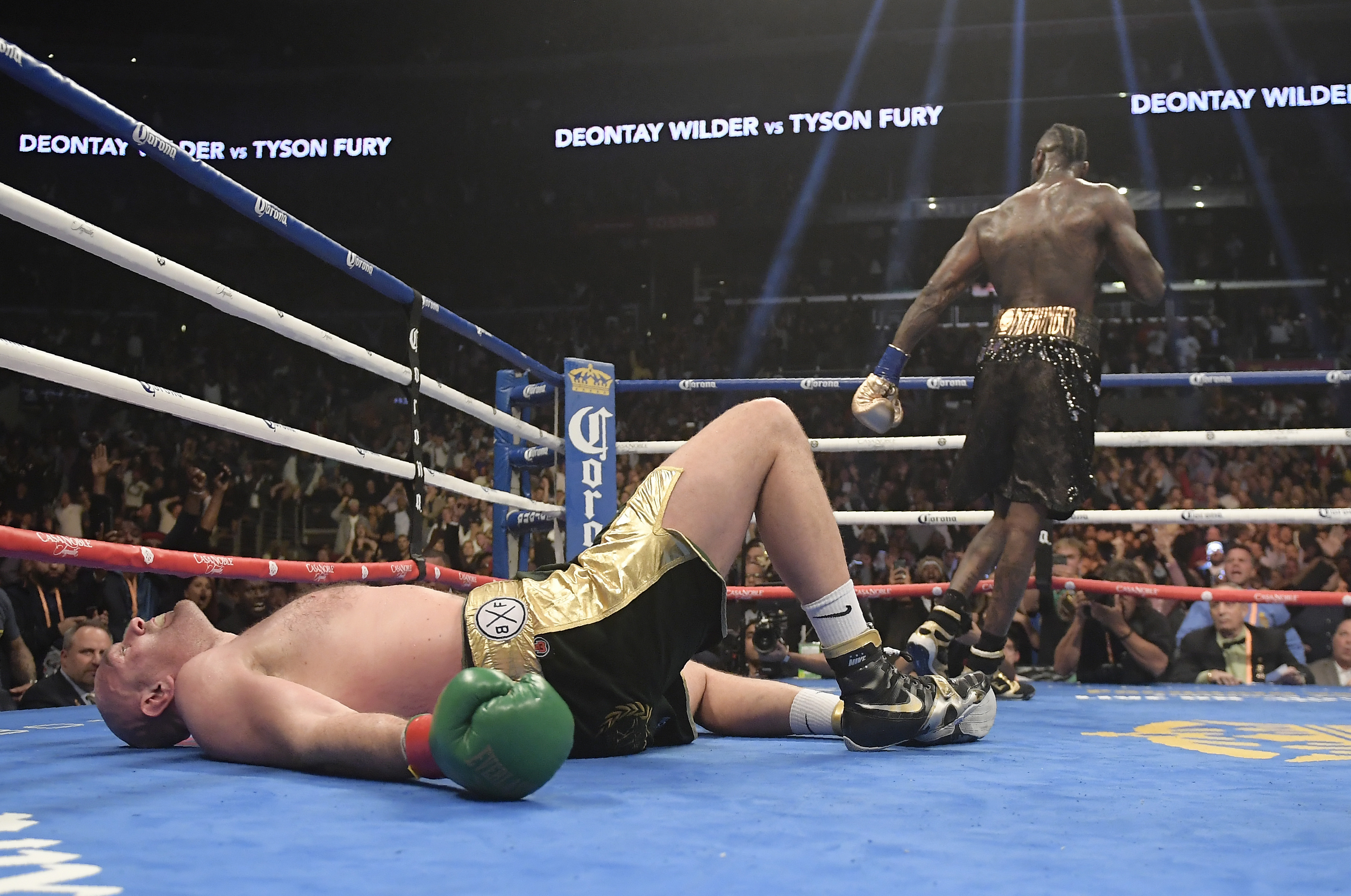 It’s not that AJ is underplaying Fury’s achievement in getting to his feet but more underplaying Wilder’s ability to land the knockout blow that he’s so well known for.

Joshua is a natural next opponent for either of the two men but after a controversial draw it does seem like their rematch should happen sometime first.