Andros Townsend left us all in awe last week when he leathered in a goal of the season contender in a memorable 3-2 win over Manchester City but he received plaudits for a different kind of reason today.

The 27-year old wasn’t on the scoresheet as Palace lost 1-0 at home to Chelsea but everyone has been talking about what a class act Townsend is for his gesture in the first half.

In the 39th minute, as the former Newcastle winger hurried over to keep the ball in play on the right flank, his momentum meant he flew off the pitch and crashed into 19-year old female photographer Harriet Lander. 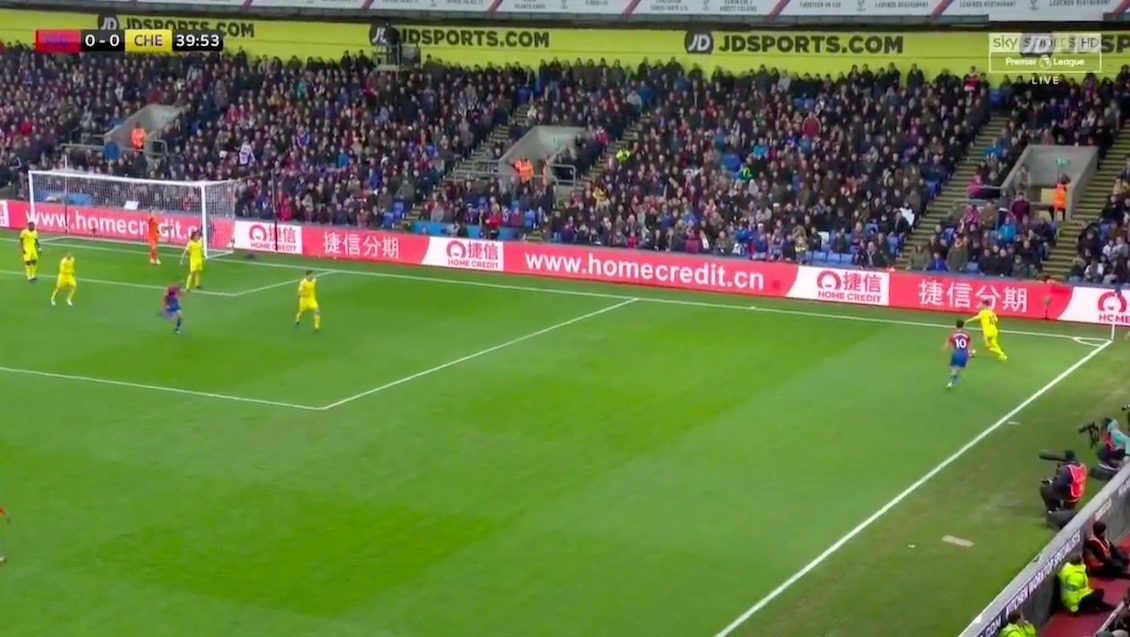 But instead of merely carrying on straight away, Townsend made sure to check the girl was okay and apologised before he played on with the game.

Had he not done so, he would have had a much better chance of beating Eden Hazard to the loose ball but Townsend put her well-being first.

Townsend, who was actually briefly unconscious and suffered a nasty injury when he fell into a photographer’s pit when playing for Spurs against Hull in 2013, has been applauded for his selfless actions.

Andros Townsend. Instead of chasing after the ball, he helped up the female photographer he had accidentally bundled in to and checked she was okay. Gentleman. :clap::clap::clap::clap: #CRYCHE #PALCHE

Absolutely love that from @andros_townsend there, tried to help the photographer up before running after the ball, then immediately apologised :clap::clap::clap:

@andros_townsend Fair play for stopping to see if the photographer was OK rather than play on and then go back. Sign of a true gentleman!

Townsend chases a ball, keeps it in, but collides with a photographer. Andros maybe could have won the loose ball but checks to see if the photographer is ok. She is. Gent

@andros_townsend spent so long checking the photographer was ok that he lost possession. We are such a nice team :grinning::clap::clap::clap: